H.E. Mr. Faisal Almutairi, Chargés d'affaires of the Embassy of the State of Kuwait in Baku has participated at the 4th International “Caspian Energy Forum Baku 2017” which was held under support of the Government of the Republic of Azerbaijan and the Caspian European Club (Caspian Business Club).

The event was attended by approximately 500 participants from 50 countries as well as by heads of government institutions, ministries, committees and agencies of Azerbaijan and across the countries of the Caspian-Black Sea and Baltic regions, representatives of diplomatic missions and missions of international organizations accredited in the Republic of Azerbaijan as well as executives of large international companies. Mr. Emad Mahmoud Sultan, Deputy CEO of Planning and Trade Directorate of Kuwait Oil Company has represented Kuwait at the Forum.

Telman Aliyev, the First Deputy Chairman and Chief Executive Officer of the Caspian European Club (Caspian Business Club), speaking about the purposes of the forum noted that the main goal is to support strengthening of business-state contacts. “The previous three forums were also hosted in Baku. Similar forums will be held in 50 world countries as well”, he stressed.

After the video-addresses by Maroš Šefčovič, Vice-President of the European Commission for Energy Union and Kolinda Grabar-Kitarović, President of the Republic of Croatia, to the participants, the Forum was continued in sessions.

The first part of the Caspian Energy Forum focused on all aspects of integration of the Caspian-Black Sea and Baltic region countries into the world energy markets. Azerbaijan’s key role in energy, transport and infrastructure projects, the growing sector of gas upstream, the Southern Corridor projects and the resource potential of the Caspian have been the focus of attention of speakers, delegates and forum participants.

The second part of the forum hosted the Caspian European Forum dedicated to the development of the non-oil sector. The issues discussed during the Caspian European Forum concerned the deployment of innovations in financial, banking, insurance, leasing, telecommunications, tourism, machine engineering, construction and other sectors of the non-oil industry, doing business and establishing a business-government dialogue. 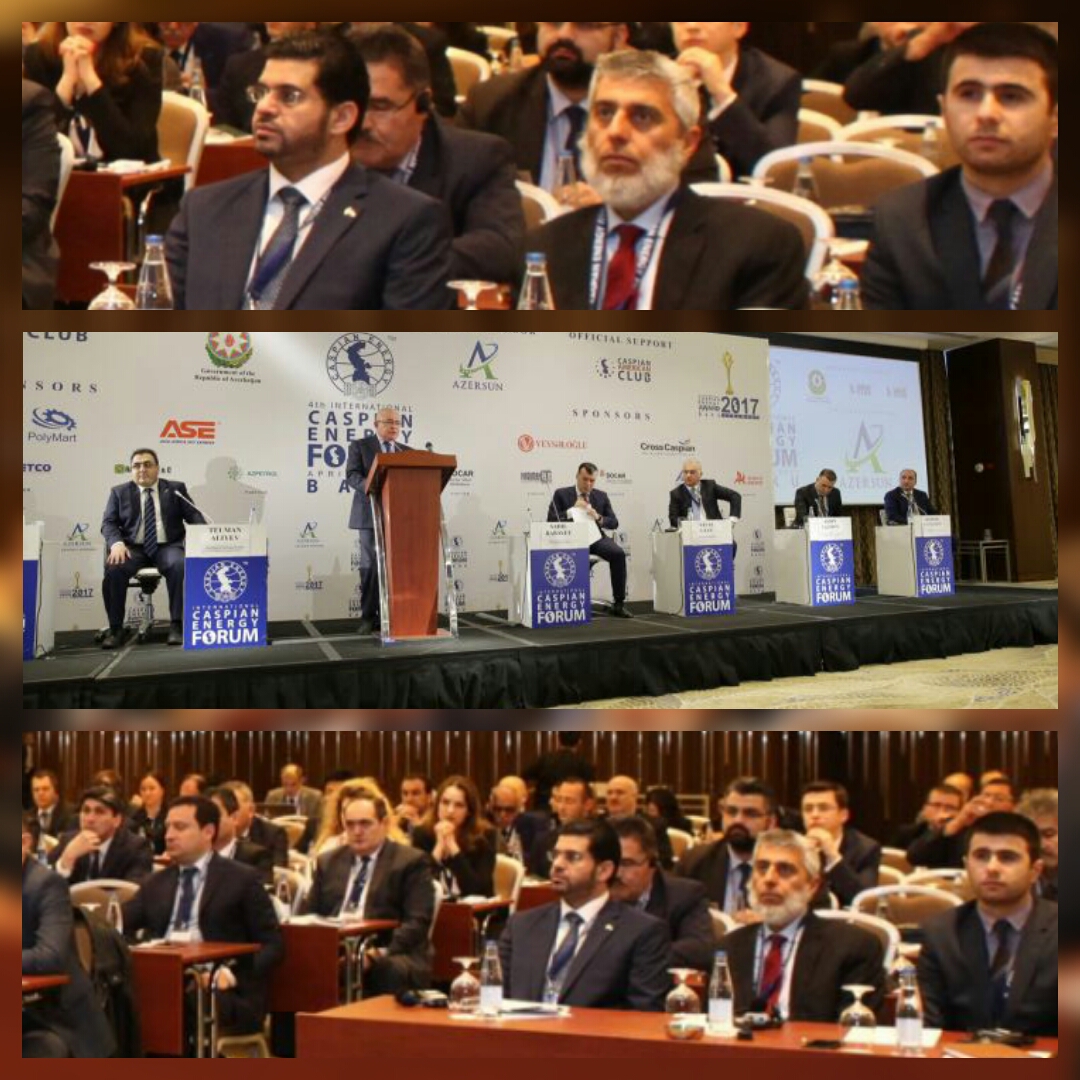