H.E. Mr. Saud Abdulaziz Alroomi, the Ambassador of the State of Kuwait in Baku and his Spouse have participated in a trip organized bythe Azerbaijani Ministry of Foreign Affairs for foreign ambassadors and heads of international organizations accredited in Azerbaijan to Lankaran and Astara cities.

During the trip, about 70 representatives of foreign diplomatic corps accredited in Azerbaijan closely observed the ongoing development processes in the country`s district, were informed about the social, economic projects being implemented in the southern regions, as well as development of tourism in this picturesque regions.

The foreign diplomats also visited the Heydar Aliyev Center and the Heydar Aliyev Park in Lankaran, the Olympic Sports Complex here, a branch of Azerkhalcha OJSC, Yashilchay LLC, Lankaran State Agrarian Development Center under the Ministry of Agriculture, Astara Chay LLC, as well as recreational and health centers based in the southern regions.

The presentations about the export potential of the region`s food and agricultural products were organized within the visit. 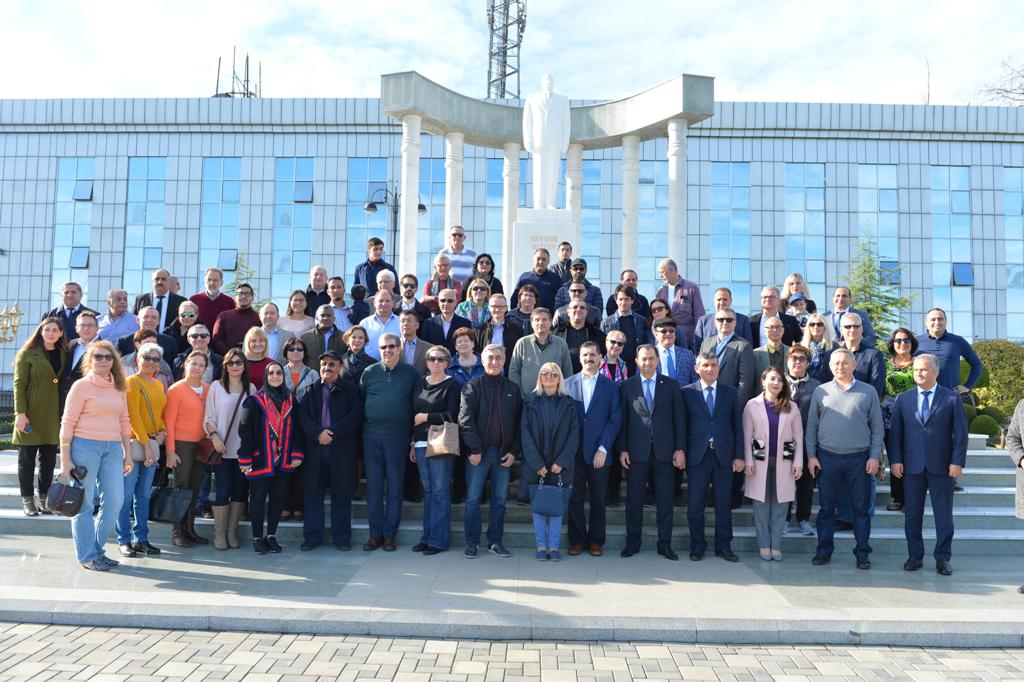