05 November 2016 -  Mr Faisal Almutairi, the 1st Secretary and Deputy head of mission has participated at the presentation of the Arabic edition of the book "Yerevan Khanate" at the Azerbaijan National Library named after Mirza Fatali Akhundov.

The scientific editor of the book is prof. Yagub Mahmudov, director of the Institute of History at Azerbaijan National Academy of Sciences (ANAS), corresponding member of National Academy of Sciences, Member of Parliament and the translator, editor of the Arabic edition is Mr. Abd Al-Rahman Al-Khummassi. The event was organized jointly by the Ministry of Culture and Tourism, Institute of History of Azerbaijan National Academy of Sciences and the Azerbaijan National Library named after Mirza Fatali Akhundov.  The ceremony was attended by the representatives of relevant organizations, scientists and experts, members of the Parliament, the ambassadors and representatives of the Arabic countries to the Republic of Azerbaijan. The Director of the Azerbaijan National Library Mr Karim Tahir, Deputy Minister of Culture and Tourism Mr Adalat Valiyev, director of the Institute of History prof. Yagub Mahmudov, Foreign Ministry's special envoy Mr. Shahin Abdullayev, head of the Center for Cultural and Educational Relations of Arab Republic of Egypt in Baku Ahmed Sami and others have made speech. 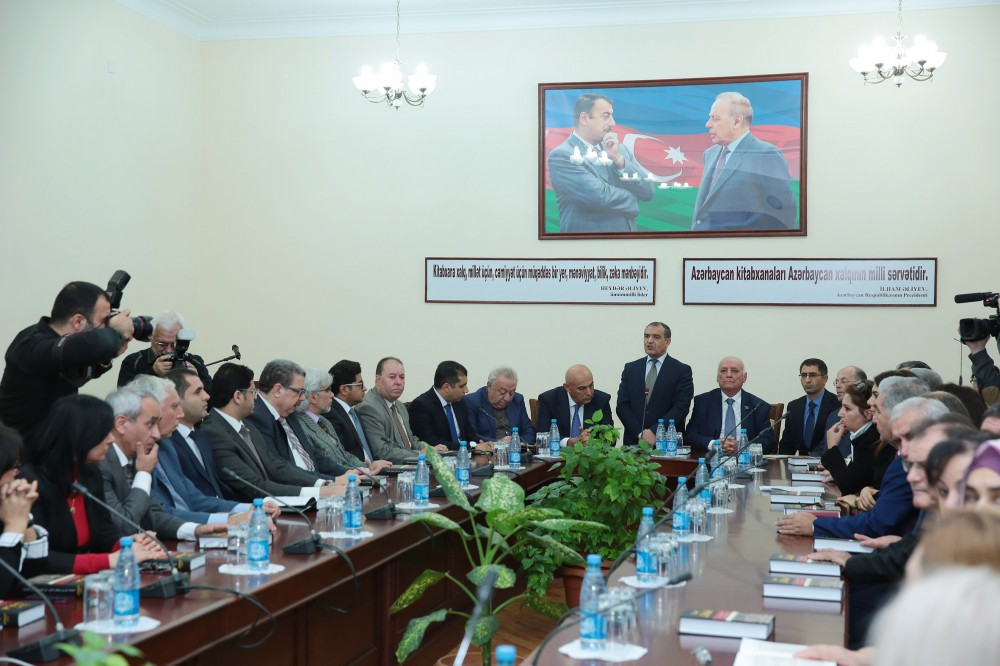