15.03.2017  H.E. Mr. Saud Abdulaziz Alroomi, the Ambassador of the State of Kuwait in Baku has participated at the international conference, entitled “Islamic solidarity – The Call of The Time”, kicked off in the Azerbaijani capital of Baku.

The conference has been organized jointly by the Caucasian Muslims Office, the State Committee for Work with Religious Organizations, the Azerbaijan National Academy of Sciences and the Baku International Multiculturalism Center.

The event brings together about 30 delegates from 15 countries, as well as prominent religious, scientific and political figures.

The conference started with the recitation of ayahs from the Holy Quran. Then “Multicultural values in Azerbaijan” film was screened.

The first session of the conference was moderated by chairman of the Caucasus Muslims Office Sheikhulislam Allahshukur Pashazade.

Allahshukur Pashazade said Azerbaijan has played a historic role in Islamic civilization. He said Azerbaijan has historically been a multinational and multiconfessional country, where representatives of different religions have always co-existed together in peace and understanding. 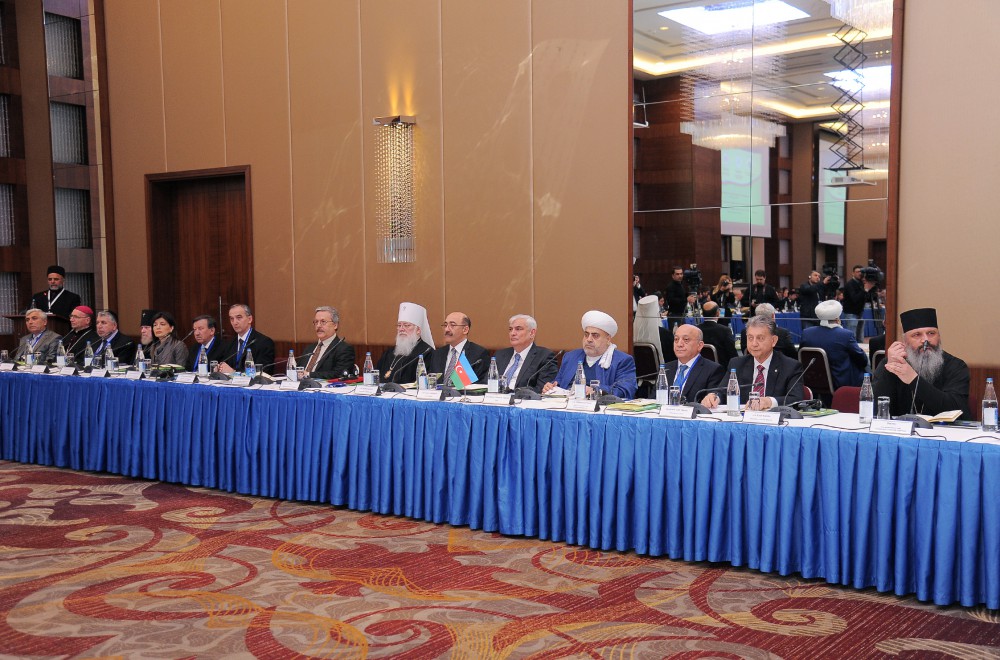