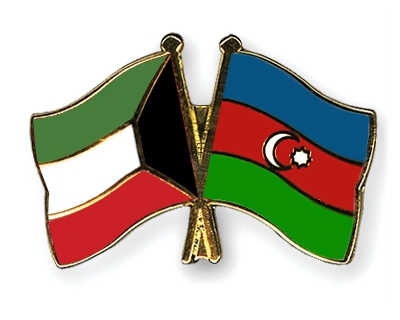 Kuwait and Azerbaijan are strongly linked in political, economic, social and other spheres. The main feature characterizing these relations its presence before the opening of Embassy of the State of Kuwait in the Republic of Azerbaijan in December, 2006.

If we look at the historical roots of Kuwait-Azerbaijan relations, it will be seen how strong these relations are. In 1991, after gaining its independence Azerbaijan has gone through very difficult stages and trails. So 20% of its territory was occupied and more than 1 million cognates were expelled from their native land.

The late Heydar Aliyev achieved to show Azerbaijan to the world as an independent state again thanks to his great political experience after he was elected the President of the Republic of Azerbaijan in 1993. he also applied to a number of Islam states and nations to help Azerbaijan in this difficult stage, the State of Kuwait, in its turn, based on the principles of present brotherly relations, did not approach this appeal indifferently. Thus, in 1995 Kuwait opened the office of Committee of Asia Muslims, operating under International Islamic Charity Organization, in the capital of Azerbaijan, Baku. In 1996, according to the instructions of the State of Kuwait and under the late Haydar Aliyev's special care The Committee of Asia Muslims organized two international conferences in Baku to help the refugees and internally displaced persons.

In accordance with the then emir of the State of Kuwait Sheikh Jabir Al-Ahnmed Al-Jabir Al-Sabah's relevant instructions, 5 planes with full of 200 tons of food and medical aid were sent to Azerbaijan in 1995. he kept the focus on the strengthening of charitable activities in Azerbaijan as well.

As an example, in 1998 the State of Kuwait through The Committee of Asia Muslims at the request of Ministry of Foreign Affairs of Azerbaijan published a book about the pain and suffering of the refugee children in Azerbaijani and English. The main goal here is to reflect the position of Azerbaijani in the Karabakh conflict and shed light on the refugee problems. In addition, at the request of the Cabinet of Ministers of the Republic of Azerbaijan the State of Kuwait financed the shooting and production of a documentary film dedicated to Nagorno-Karabakh and refugees problems in 1999.

The issue of the film which covers humanitarian, economic, tourism, and other areas about Ministry of Information Kuwait and Azerbaijan was also discussed, after the preparation in 2002 this film was shown on the Television of Kuwait, was translated into various languages in order to be demonstrated in Arabic and other foreign languages as well.

According to the instructions of the State of Kuwait, the Committee of Asia Muslims has been engaged in the construction of schools, drilling of water wells and the purchasing of modern medical equipments for the use of needy persons and a number of charitable activities. It should be noted that the total value of the various charitable activities implemented by Kuwait over the past 20 years is worth of 15 million dollars.

The state of Kuwait appreciates Azerbaijan's support to its rightful position when the invasion of Iraq was exposed and requesting from Iraq to comply with the decisions decided by National Security Council that are related with this issue.

Various agreements and memorandums of understanding were signed to strengthen bilateral cooperation between two countries.

Kuwait Development Fund provided financial assistance to Azerbaijan in the amount of USD 34 million for the reconstruction of Alat- Gzaimagomed road and implementation of a number of projects such as the construction of Baku ring road.

Kuwait also intended to invest in a number of important areas like energy, infrastructure, tourism and agriculture.

Kuwait follows the great path of development in energy sector (oil and gas) and is ready for the assessment of all available opportunities to deepen the cooperation with Azerbaijan in this filed.

The regular visits of high officials of two countries show how deep bilateral relations between Azerbaijan and Kuwait are.